Up Close and Personal With...
The Torbert Trio 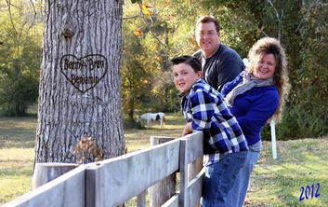 This family of 3 is actually a family of 4. Benny and Bren Torbert attended Victory Temple Church in Beaumont, TX.  In June 1981, their pastor, Rev. B.H. Clenndenen married these two high school sweethearts.  They had their first child, Benjamin, in April 2001, after 20 years of marriage.  A miracle. An answer to prayer, in the truest sense. Three years later, they began a journey they never imagined having to travel down.  Their 2nd miracle, Braelin, was diagnosed with a very serious heart condition, Cyanotic Heart Disease, & also Edwards Syndrome, known as Trisomy 18, while in their 4th month of pregnancy. Choosing to go opposite of the advice their specialists gave, they would fight what was against them. They chose to continue with their pregnancy and on May 26, 2004 their son was born. In just 2 short hours, but what they call very precious moments, Heaven reached down and gave their son "angel wings". Still today, they will tell you, losing their child has been the most difficult journey they have ever walked, but would testify also, of the 'keeping hand' and faithfulness of the Lord.   The Lord spoke to Bren, just a few days after Braelin's 'homegoing', and that speaking remains to carry them today..."don't take one DAY at a time, for at times, a day has too much to bear...take one STEP at a time and know that I am with you each step that you take." 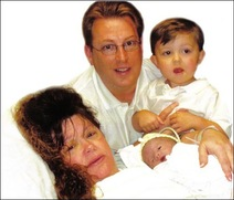 Despair seemed to have its way with this family, who was committed to the call of the Lord. But, quitting the ministry was in no-wise, ever a thought. Most, would offer blame. But this family, in spite of their great losses - their "heros of faith" (which was both of their mothers, and then their son; all within 9 months), would be more determined to journey this path and fulfill this call! Family, friends and their congregation helped them bear their burden during this critical time in their life. Though they didn't understand the 'why' of things they had been faced with, still they knew they would press on.

Feeling they were 'settled'; pastoring a great church, in their home town, and having their families there as well, the Torbert's felt they would be in their pastorate until the Lord returned. Little did Benny or Bren know what the Lord had in store for their lives.

Their first experience of feeling 'the call'  came back in 1988. They felt the hand of the Lord leading them to Ozark Bible Institute in Neosho, MO. Although they had never been away from home, they chose to obey. Moral support and prayers came from their family and friends. It was while at Bible School something was spoken to Bennys heart.  That 'something' was Jamaica. It burned deep within his heart! He shared this with Bren and they both prayed for this country, from then until now.  For many years, they did not understand what 'that something meant.

It wouldn't be until some 20 years later that the Lord would make it known to them.

In the spring of 1989 they came back home to Texas for summer break.  Their plans were to work and save money, and return back to Bible School. Instead, they were asked by their pastor, to pray about opening a private, Christian school in their home church. They felt the need and surrendered to the task. Faith Christian Academy was birthed & they worked full-time in both, the school and the church, for a number of years.

In 1993, they began serving as Senior Pastors. It wasn't until January 2007 the Lord confirmed what they had been feeling for the past few months. It was 'that something' which  the Lord had now brought to life, in their hearts. "It's Time."  These were the words they felt Lord speak. They knew it was a huge step of faith, but there was no doubt that the Lord was in control and would take care of everything. On a Wednesday night, they felt they must resign that Sunday morning, in order to fulfill the call to Jamaica. Only their pastor's, who had been praying with them about this, knew what was about to take place. It was now 10:15 Saturday night;the eve before they would announce their resignation. Still, knowing and feeling ever confident the Lord had everything in control, but not knowing what they were 'really' going to do or where they would even live, the Lord proved His faithfulness and would soon prove their steps were ordered by Him. Late that Saturday night the phone rang.

On the other end, was Bishop Gutzmer, a Jamaican pastor. This was their confirmation. Neither knew one another, but each felt 'kindred spirits'. They resigned their pastorate that next morning, which was in February 2007, and in just 4 weeks, Jamaica became...a reality.

At the time of their church resignation there was an area of concern but not worry, and this was Benjamins schooling. He was 5 and attended a Christian school.  They made an appointment and visited with his principal and teacher and shared with them, their burden. Both were excited about this new area of ministry the Torbert's spoke of.  The principal had prayer with the family and handed them a new set of books for Benjamin to finish his courses. He was checked out of school at the end of February. On March 9th, 2007, with their luggage packed and school books in hand, they were boarding AirJamaica.  This would be their first missions trip to this beautiful land which the Lord spoke to them many years prior. 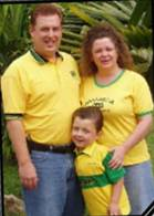 While in Jamaica, the Lord proved Himself faithful. There were numerous doors that opened for them. They expressed having such joy - a true peace of God's Will; an almost over-whelmingness...."the need is so great in Jamaica!" After a 12 day missions trip, the 'hunger' for Jamaica grew even greater!

As soon as they returned to the States, they began raising funds to purchase 22 new puppets to bring back to Jamaica to be used for children's ministry.   Another missions trip was quickly penned in their books. On their 2nd trip, they brought a group from the States. Ten dedicated, individuals called "Team U.S.A." by the Jamaicans, began to spread the Gospel throughout the island. They ministered in churches, public schools, children's homes and orphanages. Door after door began to open. Soon, they would be raising funds to return once again.

After 3 missions trips to Jamaica in just 7 months, their hearts were captured!  In January 2008, they began to itinerate, working intensively, raising funds to meet their 2 missions budgets, in order to move to Jamaica full-time.

On January 6, 2009, The Torbert Trio became full-time resident missionaries.  They are known on the island as "The Jamericans".

On May 17, 2010, an "unexpected situation" began to take place: Violence broke out on the island.  The US was on the island, trying to extradite "the world's most dangerous drug kingpin."  It was at that time, the US Embassy in Jamaica gave strong advice to The Torbert Trio to "return to the US until things settles down."  After being forced from the road, while closing down a crusade that was being held at that time, they seen the danger & took the Embassy's advice.

They returned to the US and remained in contact with their Jamaican Bishops & Pastors, and nearly 1 year to date, they were able to return.  As soon as the 'green flag' was raised, they were back on a plane, headed for that West Indies Island they love & the people the strive to win....for Christ!  Now, they would once again, continue bringing "Team USA Mission Groups".

Having given up their home & all of their belongings during the hostility, on their return to the US, they continued in full-time ministry.  They began pastoring Glad Tidings Church Corpus and remained their for 2 1/2 years, until the Lord spoke once again...."it's time"!  And today, they are once again, living full-time in their God-called, adopted homeland, Jamaica!

On April 4, 2017, the Lord opened a door.  For several years they had 'noticed' a home; even while having tenants througout times, THIS HOME still....captivated them!  After being empty some 3+ years, they found the owner & he met with them, & on April 4th, began the chapter of
"His Hands Extended Children's Home".

They are so thankful for this oportunity to plant seeds of Truth & love & the hearts of many boys & girls that would otherwise be living on the streets.

Their Passion....
Their Heart! 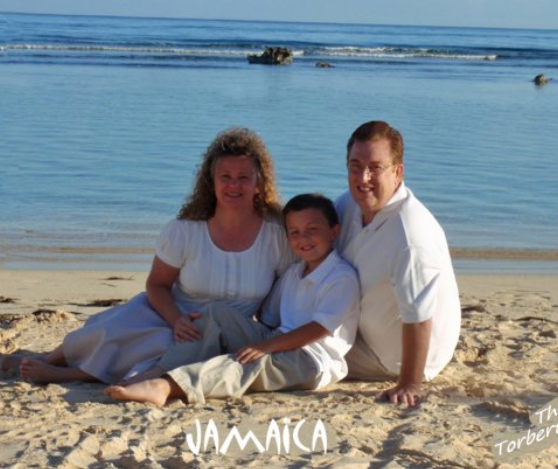 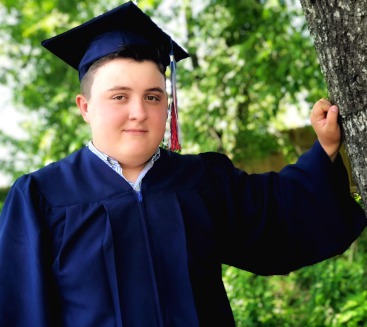 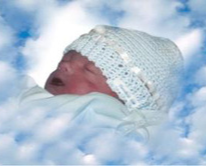